A reluctant voyager crossing the Pacific in 1850; a disinherited composer blagging a precarious livelihood in between-the-wars Belgium; a high-minded journalist in Governor Reaganâ€™s California; a vanity publisher fleeing his gangland creditors; a genetically modified â€œdinery serverâ€ on death-row; and Zachry, a young Pacific Islander witnessing the nightfall of science and civilisationâ€”the narrators of Cloud Atlas hear each otherâ€™s echoes down the corridor of history, and their destinies are changed in ways great and small.

In his captivating third novel, David Mitchell erases the boundaries of language, genre and time to offer a meditation on humanityâ€™s dangerous will to power, and where it may lead us.

If you asked me a year ago if I knew who David Mitchell was and if I have plans of reading any of his books ever, I probably would just give you a blank stare and then shake my head. I had no idea who he was, and his books weren’t really my type of books. So when my friend Monique reviewedÂ Cloud Atlas early this year, I liked the review but I didn’t think that I’d go and get it because it felt like a “serious” book and I was still attached to my YA.

Then…I don’t know, peer pressure? Word of mouth? Hype? I see more and more of David Mitchell’s name on Goodreads, and more and more people raving about him and so I wonder — what’s the deal with him? Is he really that amazing? Will I like him too? Curiosity won me over, so I decided to finally try a Mitchell book. Since Cloud Atlas seemed to be the most popular, and the fact that its movie is coming soon, some book club friends and I set up a reading buddy session with the fans eagerly eavesdropping on our mini-discussion.

Cloud Atlas contains six stories that span across different eras and set in different places all over the world with completely different characters and story lines. At first it seems that each story is independent from one another, until after I finished the first chapter and I was all, “Huh?”. As it turns out, the six stories were structured in a way that each is connected to the other despite the differences in settings, characters and genre. Yes, genre. Curious yet?

We start with The Pacific Journal of Adam Ewing, a journal of an American notary from Chatham Islands back to California set in 1850. From Adam we meet Robert Forbisher in Letters From Zedelghem, who writes to his friend Rufus Sixsmith about his time as an amanuensis to an old and blind musical genius, Vyvyan Ayrs, who can’t distinguish a piano hinge in his condition, but can talk and make good music despite it. Decades later, inÂ Half-Lives: The First Luisa Rey Mystery, there’s Rufus Sixsmith again, and he meets journalist Luisa Rey who attempts to blow a conspiracy wide open. After we are left hanging with Luisa Rey, in comes the British Timothy Cavendish, a publisher who gets in all sorts of scrapes which he thinks could form a movie on his life entitled The Ghastly Ordeal of Timothy Cavendish, if he can get out of it alive. Even more years later, in An Orison of Sonmi~451, we are transported into a dystopian world set in a new Korea called Nea So Copros, and clones called fabricants are employed to do all sorts of dirty work for everyone. Sonmi~451 is a clone who is up for execution and she is given the chance to tell her stor before she goes to the Litehouse. Finally, set into the very distant future, there’s Zachry and the story of his tribe in Sloosha’s Crossin’ an’ Everythin’ After. From there, the story goes back to Sonmi~451, Tim Cavendish, Luisa Rey, Robert Forbisher and finally back to Adam Ewing.

Here’s the thing about Cloud Atlas that made me realize that I will like it: it’s like a novel of spin-offs stories. And I like spin-offs. I liked how Mitchell surprised me in every story, and I wasn’t sure what to expect every time a chapter ends (and more often than not, I’m left wanting more with every chapter because it just ends). I liked how he stretched my imagination with every story, I liked the way he writes and how the novel switches from one genre to another seamlessly. By the third story, I knew I would like the book — the question is how much I would really like it. As I read the last few chapters, I thought this would just be a four-star book…and then I got to the end. You know how you don’t want the book to end, but you want to keep on reading because you want to know what happens? Then when you get to the very final line, the chills just come? And they were awesome chills? Really awesome chills? And then you want to read the book all over again? That’s what Cloud Atlas did to me.

I know this review is being a bit vague, but this book is not the kind of book that you’d want to be spoiled when you read it. The structure may seem like a gimmick, but I think for this story, it’s an effective way to tell the story and make connections. As a whole, I think Cloud Atlas is a book that deals with connectedness. Each character’s story can stand on their own and can be taken as it is, but once you start putting them together, we see that their stories become richer, more meaningful in several ways. It’s just like how each of us has our own story and we can live with just that…but once our lives cross with one another and our stories touch…everything changes.

To summarize: I loved Cloud Atlas. I loved it, I loved it. And from how my friends have raved about Mitchell’s other books, I am now looking forward to reading the rest of his works. Especially if his other characters make a cameo in his other novels! :) I think that’s the best part of thisÂ Cloud Atlas reading experience: discovering a new author whose works will make you just want to read more and more and more.

Oh, and I am definitely looking forward to the movie. Have you seen the five-minute trailer? 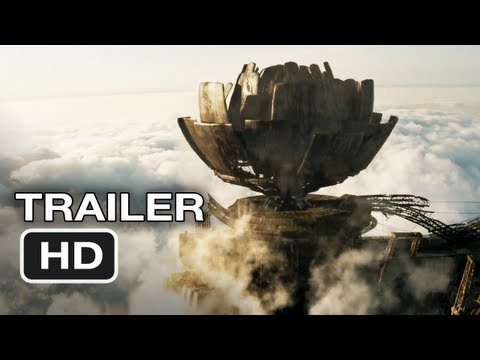 Other reviews:
marginalia
Book Rhapsody
A Thought On Each Page