I saw some of my friends do a post similar to this, and I was checking my archives and as it turned out, I haven’t really made a list like this in my past years of book blogging. Since this book blog has been feeling a little bit lonely lately, So I figure I’d write something like this. And yeah, maybe do a check on my goals, too, to see if I am still sort of on track. :)

Image from we heart it

In no particular order:

I don’t review all the books I read now because sometimes I get too lazy to review and by the time I realized that I should review it, it’s been too long and I can’t remember what to write anymore. So…there. But don’t worry, this blog isn’t going anywhere. :D I’m just a little busy with other life things. :)

Iscariot: A Novel of Judas

In Jesus, Judas believes he has found the Oneâ€”the promised Messiah and future king of the Jews, destined to overthrow Roman rule. Galvanized, he joins the Nazareneâ€™s followers, ready to enact the change he has waited for all his life. But soon Judasâ€™s vision of a nation free from Rome is crushed by the inexplicable actions of the Nazarene himself, who will not bow to social or religious conventionâ€”who seems, in the end, to even turn against his own people. At last, Judas must confront the fact that the master he loves is not the liberator he hoped for, but a man bent on a drastically different agenda.

Iscariot is the story of Judas, from his tumultuous childhood to his emergence as the man known to the world as the betrayer of Jesus. But even more, it is a singular and surprising view into the life of Jesus that forces us to reexamine everything we thought we knew about the most famousâ€”and infamousâ€”religious icons in history.

Ever since Tosca announced that she was writing this book in 2010, I have been eagerly waiting for this to come out. I loved her first two books, Demon and Havah: The Story of Eve, and a novel about Judas Iscariot is something that I know only Tosca can write with the same heart-wrenching clarity and sensitivity that she did inÂ her first two books. When it came up available in Netgalley, I immediately got it and saved it in my Kindle. Of course, it took me ages to finally start it, until I decided that it would be my Holy Week read.

Judas Iscariot. The traitor. The betrayer. It’s so easy to hate him, and blame him, because if he didn’t sell Jesus for 30 silver coins, then maybe Jesus wouldn’t have died. It was simple, right? But have we ever wondered that even if Judas hadn’t done what he did, would Jesus still have died? After all, it was salvation history, and it was God the Father’s will for the Son of Man. Would someone else have betrayed him? And we always associate Judas with something evil, but if he was evil, why would he even be a part of Jesus’ closest circle? Why would Jesus even call Judas friend?Â

Iscariot doesn’t attempt to answer this, but instead presents what we know of Jesus’ time in an even more clarity. Tosca brings us to the heart of that time — the social and political unrest of the Jews against the Romans, the religious customs of the Jewish and how important it is to them, and how the Pharisees just seem to be everywhere. And then there’s Jesus, who shocks everyone and speaks of a radical faith, heals people, drives out demons and resurrects the dead. We see all this in the eyes of Judas bar Simon, who came from a tumultuous childhood and is desperately wishing for a messiah. When his paths cross with Jesus the Nazarene of questionable birth and he follows him together with eleven other men, he wonders if he is the one. He wonders, and dares to hope, torn between love for his master and wanting a specific vision for the people. In Iscariot, we see Jesus through human eyes — through doubting, human eyes and a heart that is so scared to hope — and it brings the readers this question: if I were Judas at that time, would I have done the same thing if I thought it was the right thing?

What an unsettling novel. It’s kind of hard to explain what effect this novel had on me. It reminds me of the Gospel during the Palm Sunday mass — you know, the one where the priest is Jesus and the mass goers are the people and we all had speaking parts in the Gospel? My heart clenched like crazy when I had to say, “Crucify him!” The second time I had to say it, my eyes burned with tears, because I knew that at several points in my life, I had crucified Christ because of my sins. And I keep on doing it whenever I fail to be loving, when I fall into sin. In Iscariot, we see Judas and the apostles in all their humanity, and how they tried to follow Jesus even if they do not understand him. Tosca weaves a story of how everything must have been like for Judas as he fights against himself in hoping that this charismatic Nazarene could be the savior of all — and how he tries to act as a good friend when he realizes that maybe his master may not be what he expected him to be. Tosca’s writing was rich and colorful, and it puts all those miracles and stories in the Gospels in a more concrete way, so much that it felt like I was also there. Here’s a favorite part, when Jesus calmed the storm:

In a flash of lightning, I saw the sandaled feet of Jesus, flagging against the floor of the boat, loosely in the water, like the body of a dead man, floating. Had he drowned, then, there beneath the stern? Had he departed from us silently, without even a word of farewell? Soon we would all be fortunate to float like that on any water here.

I told myself to let go, to lunge forward and seize him by the legs. Then the boat jinked sideways, throwing us all backward. For a horrifying instant, I thought we would capsize. I opened my mouth to cry out to him, only to be slapped in the face with a crashing wave that slapped my ears and sent my head ringing.

It was John who fell down over us, grabbing me by the arm when I nearly fell over the side. “Master! Save us!”

It was a horrid sound, that scream. I would remember it for the rest of my life.

I covered my face, trying to shield my eyes. Against the dark, I saw him, the pale of his tunic in the sluicing blackness, rising up. In my deafness, I heard him when I should not have against the screeching gale:

The words had not been shouted to the furious wind or issued to the sky, but spoken as through directly to my heart.

And aren’t we all that, anyway? Haven’t be betrayed him at some point in our life? And won’t we betray him in the future, because we are human and we are weak? And Jesus knows that…still, He loves us without a doubt.

I finished reading Iscariot before 3:00pm on Good Friday, and I was a little overwhelmed with the time and how it ended. I knew how it would end, and yet…it left me somber. It left me sad. Would there have been redemption for Judas, if he had just waited? Could he have become someone like Peter, who denied Jesus but accepted mercy which led him to become the great church leader that he is? If he had just waited until Sunday, would he have believed that Jesus was indeed the person he had been waiting for his entire life?

We would never know.

I admit that I may be just a little biased because I love everything that Tosca has written, but if you would read any of her work, I think Iscariot: A Novel of Judas is the best place to start. It’s not the easiest thing to read, but it’s one that will leave you longing for your Savior. 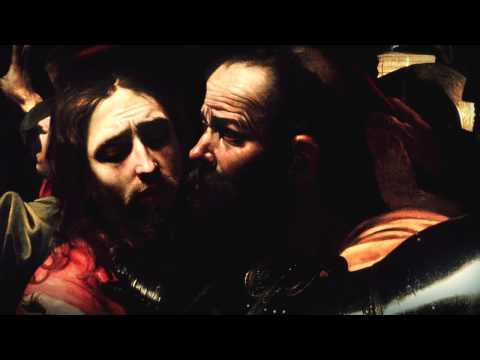 So February was a very good bookish month, all things considered. A recap of my February Required Reading books:

I wasn’t able to crack open For Darkness Shows the Stars at all, and I’m still in the middle ofÂ Ghostwritten,Â but I won’t include them in the next month’s list anymore. I did read several romance books in the last month to keep up with the theme — needless to say, I had a very “romantic” month because of all that.

On to my favorite month!

END_OF_DOCUMENT_TOKEN_TO_BE_REPLACED

I almost forgot to come up with this list because of my recent sort-of blogging slump. Thank goodness for archives, though, because I checked my posts during January and found my 2012 Books I Can’t Wait to Get My Hands On list. In order to keep up with tradition, I am coming up with a list for 2013 so I can remember which books to pre-order for myself and use laser labels (assuming I have them, that is).

Image from we heart it

And here we go.

Iscariot by Tosca LeeÂ (February 5). I’ve heard of this book around…2009? Early 2010? And finally, it’s coming out. I am so, so excited for this. I loved Demon and Havah, and when I heard that Tosca is writing a book about Judas Iscariot, I knew I had to get it. I actually have a galley of this already, but I am so, so getting a print copy because it’s Tosca. And I’m pretty sure she’s going to tear my heart apart again with this one.

END_OF_DOCUMENT_TOKEN_TO_BE_REPLACED

Faves of TwentyEleven: The Covers

I had so much fun coming up with this list, and this last one is the first time I’m doing this. I’m not much of a cover person, as I have stressed in several posts before this, but I’m also one who can still appreciate nice covers. I think my opinion of covers is just a little better than my opinion about other things…like say, basement tiles. So now, here are some of my favorite covers for the books I read in 2011.