Forgive me if I’ve been ignorant. I thought Patrick Ness‘ A Monster Calls has been released everywhere because…well, I have a copy and we have copies here, and some friends I know have copies. Imagine my slight surprise when I found out that it’s not yet released in the US, and won’t be until the 27th.

No wonder not a lot of people seemed to have read it yet. And why it’s so hard to find a copy here. (But hey, Book Depository has had that book for ages!)

Anyway, Candlewick Press has released a trailer for A Monster Calls, and I must say: like the book, the trailer is awesome. It definitely made use of the illustrations in the book well. Check it out: 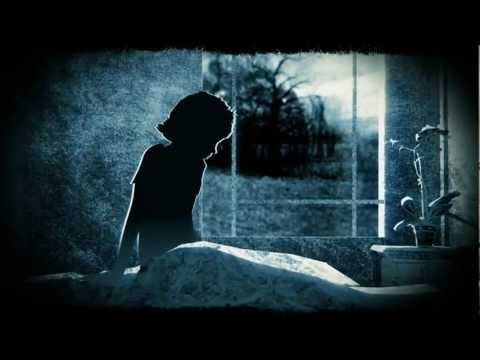 You can check out a bigger version here.

There’s more Patrick Ness / A Monster Calls goodness in this Shelf Awareness Maximum Shelf August 24 issue (may be a bit spoilery, so if you haven’t read the book yet, proceed with caution!). A Monster Calls is one of my favorite books this year, and I definitely recommend that you get your hands on it if you haven’t yet. If you’re not a fan of his other books, don’t worry — this one is very different, and I’m pretty sure it will be worth your time. :)

It’s no secret that I love zombies and I am a big fan of Mira Grant‘s zombie novels. If you’ve been a reader of my blog for a while, you know how many times I’ve raved about Feed, the first book of the Newsflesh trilogy, and how much I am waiting for Deadline, the next book. I love my zombies, and I think Mira Grant (aka Seanan McGuire) does it best.

I’m about 2/3 done with Deadline (I would have finished earlier but I decided to reread Feed to refresh myself), and I honestly don’t want the book to end yet. I’m at that point where I know anything can happen, and I can’t help but hold my breath and wait for everything to just explode in my face. So far this book has broken my heart twice, and I bet there’s more coming. But I will reserve that for a proper review after I’m done and finished processing the book.

On the upside, someone made a really cool trailer for Feed and Deadline: 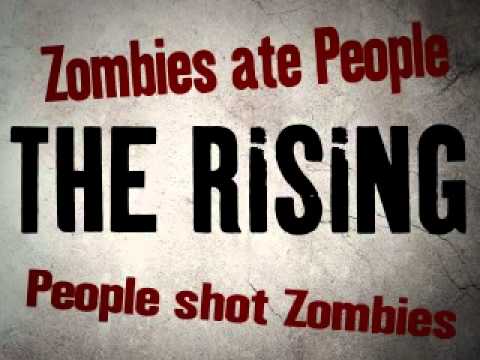 It’s not exactly how I thought Shaun’s voice sounded like, but the tone is definitely his. Very far from what a Defective Product Attorney would sound like, I think. No spoilers on the trailer, but I think it’s enough to make people curious about the series. And look, the cover of Blackout, the third book, is shown at the end!

I love this series. And I’m kind of sad that I’m almost at the end of the book because it’s going to take another whole year before the next one comes out. Ah, the wait! :o

So if you haven’t read this series, I urge you: read it. It’s not just a zombie novel, I promise. Rise up while you can.


My boyfriend used to think it was cute,
a girl named Mister.
Used to think I was cute.
Used to be my boyfriend
what feels like a million years ago.
Then again,
I used to be a good Christian girl,
the kind who would never, well…
Just goes to show how little people know.
Even I was surprised by me.
Now, I close my eyes
hoping to see exactly where I went wrong.

Mary Rudine, called Mister by almost everyone, has  attended church and sung in the choir for as long as she can remember. But then she meets Trey. His long lashes and smooth words make her question what she knows is right, and one mistake leaves her hiding a growing secret. Another Mary is preparing for her upcoming wedding and has done everything according to Jewish law. So when an angel appears one night and tells her that she—a virgin—will give birth, Mary can’t help but feel confused, and soon finds herself struggling with the greatest blessing the world will ever know. Feeling abandoned, Mister is drawn to Mary’s story, and together both young women discover the depth of God’s love and the mysteries of his divine plan.

I’m not a poetry person. When I was younger, I tried my hand at writing some poems because I wanted to be a writer. I started off with the poems with correct syllables and enough rhymes, and then I graduated to free verse poems which didn’t have the same poetic tone that other poems I read do. When I got to college and joined our literary folio, I
decided that I am not a poet, and while I appreciate some poems every now and then, I would really rather read prose.

I can’t really remember why I joined the Goodreads contest for A Girl Named Mister by Nikki Grimes. I think I was too excited to join giveaways then, and I was just clicking on “enter” whenever I see it’s a genre or an author or even a publisher I’d like. I’m not always lucky with giveaways, so color me surprised when I found out I won this book. I got kind of hesitant when I found out that this was a novel in verse, but a free book is still a free book. Of course, the book was sent to my dad (and it kind of took forever to get there), and I wasn’t able to get it until he stopped over in the country last weekend before heading to China for a company event.

A Girl Named Mister is a novel in verse about a 14-year-old girl named Mary Rudine, nicknamed “Mister” for her initials. She’s your typical Christian teenager who grew up in church: she’s a part of the choir, her best friends were from church and she believes in preserving her purity for marriage. Then she meets Trey, whose beautiful eyelashes captured her heart and eventually everything she has. As Mister struggles with her secret guilt and its seed, another Mary’s story plays out. This teenage Mary has always been a good Jewish girl, and she was soon to be wed to Joseph. When an angel appears before her and tells her she would be a virgin mother, her world is turned upside down (and it’s not just because she would need to find baby clothes). Mister finds solace in this Mary, and as she gets to know more about her namesake, she finds out just how deep God’s love and how big God’s plans can be.

I breezed through this book in a night. Being written in verse, it was a quick and easy read, almost like I was reading some kind of Psalm. However, the issues it tackled weren’t really easy. The story is as real as it can be, and I know it is happening to other teenage girls everywhere in the world. The good thing about this novel is how the author juxtaposed Mister’s story with Mary’s story. It was kind of hard to fathom at first how Mister, who bore the weight of her sin with her literally, could relate to Mary the mother of Jesus,  whose pregnancy was divinely ordained. I liked how the author showed that even if Mister sinned, He still had a purpose for her and she is not a lost cause. It’s easy to put God in a box and think that He cannot do anything about us when we do something bad. But as I’ve learned — not only in this book but in real life — His ways are higher than our ways, and He is bigger than whatever sin we can ever commit in this life. No matter how big the guilt is, His grace is still bigger and stronger and more powerful than that.

I also liked how real Mary came off in this book. It’s easy to think that Mary as this sweet, solemn-faced woman who followed God’s will without hesitation. In Nikki Grimes’ novel, we see Mary’s struggles as she accepted God’s will, as she told Joseph and her parentsabout the angel’s message and even her struggles as she carried Jesus in her womb. It’s always nice to realize that even if Mary was set apart by God to carry His son, she was also still very human. This book helped me see another side of Mama Mary. I thought the author got it spot on with this particular part:

I always thought
Mary had it easy,
her knowing all along
God was the one who
wrote her story.
Guess I was wrong.
Turns out she needed God
as bad as me. (p. 171)

A Girl Named Mister is a quick but not exactly an easy read. It made me cry and sigh, but in the end it made me smile as I, with Mister, realize the power of God’s forgiveness, the grace of second chances and the depth of His love. :) Highly recommended.

Book trailer: I thought the book’s trailer was very creative and almost cinematic. :) Guess the part where I started tearing up again. ;)